The conflict in northern Ethiopia has displaced nearly 2 million people, making an already dire food situation all the more precarious. The effects of drought and a changing climate only add to the pain and suffering. Supply routes have been cut, leaving people without any food access for more than a year.

But a daring team of members from Food for the Hungry (FH) and participants from our partner Catholic Relief Services and UN agencies – with support from USAID and the World Food Program – worked behind the scenes with authorities from both sides of the conflict to ensure that food assistance could reach some of the most remote areas.

Without the benefit of communication through cell phones and laptops, one team set out from Addis Ababa heading north, while another from Tigray headed south. They met in the woreda town of Newraq. Their mission was to identify warehouses that could be used to receive food, establish a base camp for distribution, negotiate with local authorities, and secure supply routes in order to bring in food for the first time in more than a year. 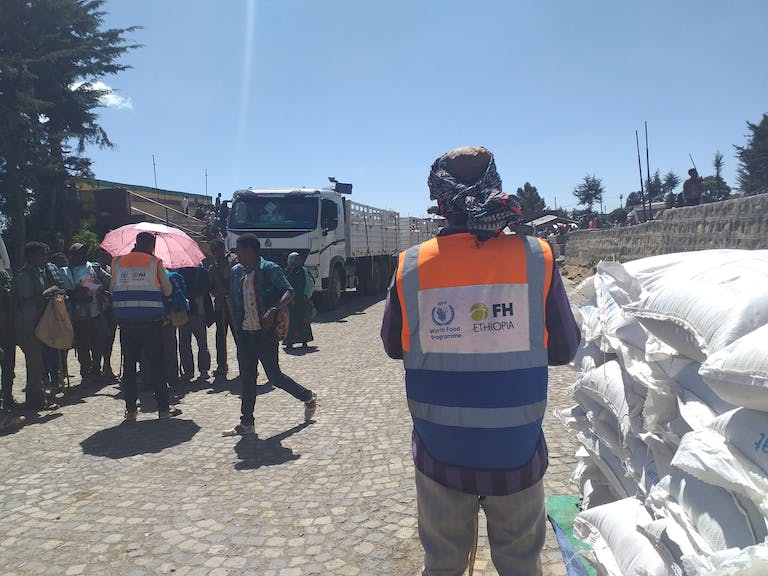 Truck convoys like this one are bringing urgently needed food into areas that have been unreachable for more than a year.

Meeting with colleagues for the first time in many months, the two teams planned logistics and laid the groundwork for food and assistance to reach the region.

The local population in this area has been highly vulnerable over the past 20 months as people fled from violence.  Humanitarian groups have had zero access to this particular pocket of people until this mission was approved. The first food shipments in a 14-truck convoy have made it as far as the nearby city of Sekota. Soon, more than 30,000 people will receive enough food – wheat, yellow split peas, and vegetable oil – to feed them for two months. 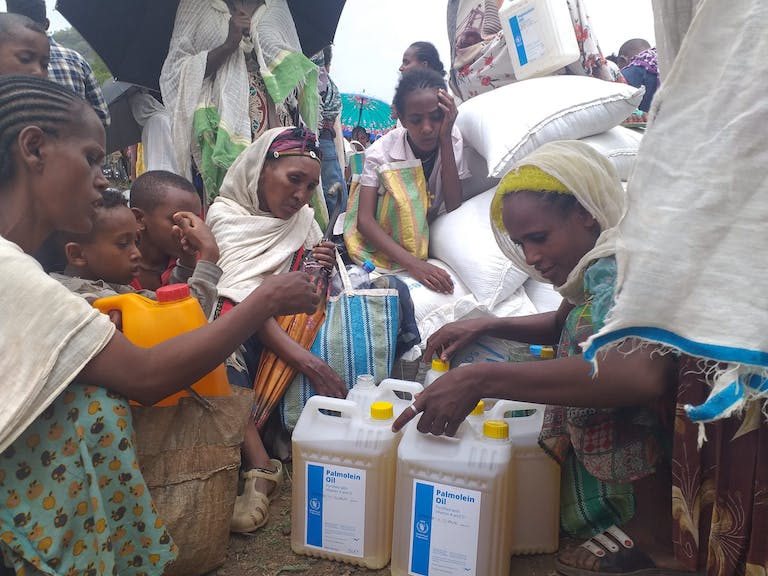 Women in North Gondar, Amhara, receive cooking oil in a previous distribution. The oil helps add both flavor and calories to their household diets. The supplies are similar to what will be delivered in Newraq.

Our hope and prayer is that peace will come soon in Ethiopia. But until then, we are committed to working with all parties to the conflict to ensure that people in desperate need will continue to receive life-saving assistance. 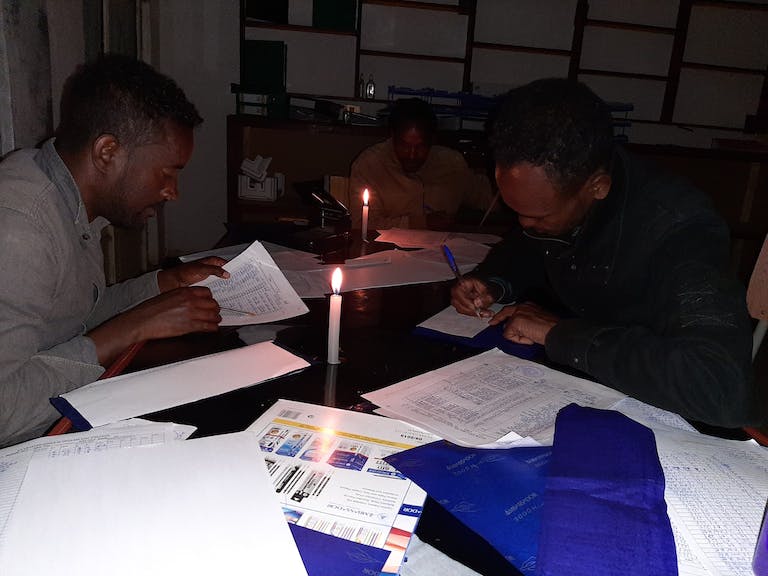 FH staff work long hours after sunset to prepare for the next day’s food distributions.

This blog will be updated as FH progresses with the distributions.