Gaston should have been running, playing, and studying like any 10-year-old boy in Burundi. But instead, he was fighting an infestation of intestinal worms — parasites that stole his life.

Gaston’s mother, Imelde, reports that her son was vomiting after every meal. He would refuse food because he didn’t have an appetite. And, he didn’t have the energy to attend school.

Imelde had plenty of challenges without caring for a sick son. Gaston’s father abandoned the family four years ago. She had land to farm but her plot was tiny. Burundi is the 14th most densely populated country in the world, so few have enough productive land to feed their families. Years of civil war and continuing unrest have torn apart families and made futures uncertain. Many Burundians fled to neighboring countries for years, decades even. And they returned with little more than the clothes on their backs.

You can watch Gaston’s story here:

Imelde didn’t know why Gaston was so sick. She paid traditional healers for answers and healing, but her money was wasted.

When Food for the Hungry entered her community in 2015, she joined a mother’s group, or “care group.” Mothers of young children like Imelde met to hear about ways to improve their child’s health, hygiene, and nutrition. Imelde heard about the scourge of intestinal worms that is so prevalent, the government asked FH to help them run a nationwide deworming campaign. FH has, since 2009, provided enough deworming medicine to cure every child in Burundi.

Burundi’s Ministry of Health uses FH’s donation, which is made possible by gifts from our supporters, to run deworming clinics at schools every six months. There, children line up to receive a dose of the medicine that brings them back to health. 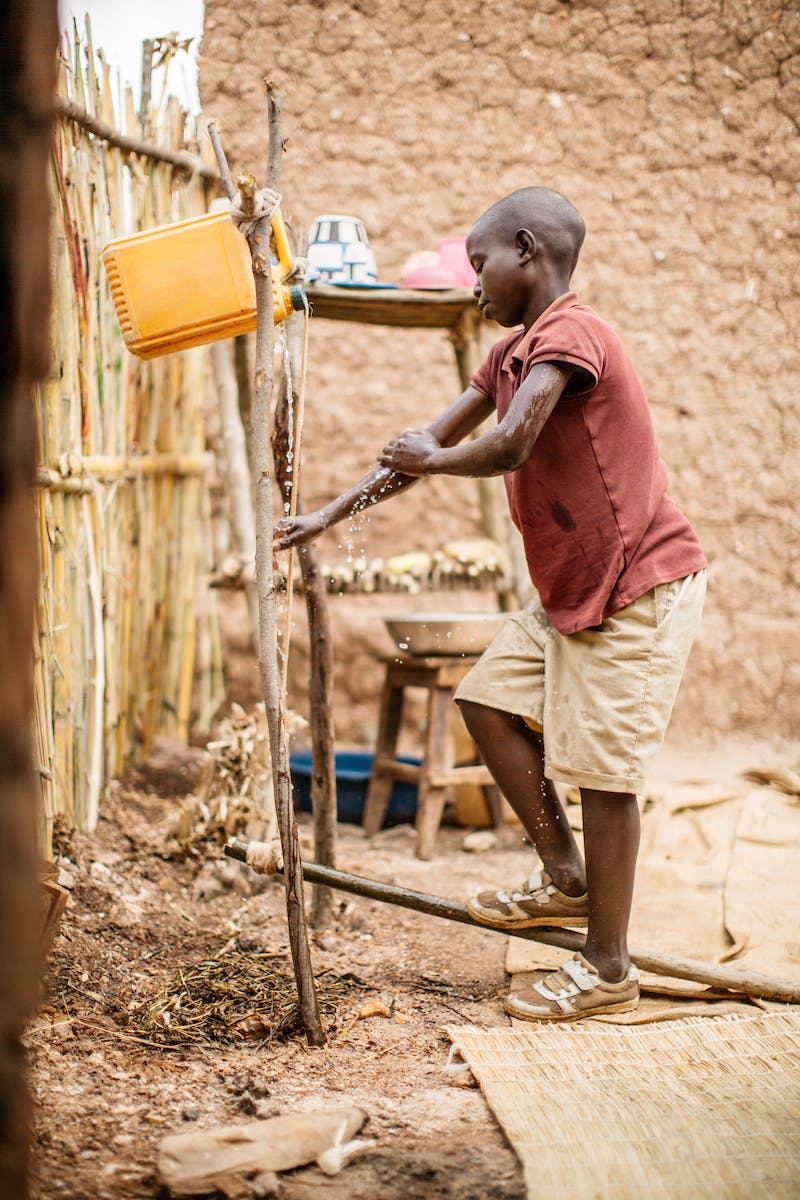 Gaston practicing good hygiene — washing his hands with a tippy tap. And, he’s wearing shoes, which prevents worms from entering the soles of his feet.

For Gaston, the physical symptoms of his illness left him sad. “I was lonely, I was weak, I was hopeless, and sometimes wished to die,” Gaston said. Additionally, there was another serious implication: Children with worms miss a lot of school. Their performance suffers and they begin to dislike school. Since school fees are a hard sacrifice, parents often decide it’s better that the children quit school if they’re performing poorly.

In the late 1990s, a study by Edward Miguel and Michael Kremer examined how deworming impacted school children and found that absenteeism fell by 25 percent. Ten years later, they found that the young adults who took deworming medications earned 20 percent more annually and worked more hours weekly than those who had not taken the medicine.

Deworming Medicine Aren’t the Only Solution

At the same time, FH works to prevent children from worm infestations by providing access to clean water, and encouraging the children to wear easily affordable footwear. Most commonly, children contract worms via contaminated water, or from walking barefoot on infested soil. At times, FH has provided families with children’s’ shoes to prevent infestations.

For Imelde, FH provided more than information about how to treat worms. She joined a savings group and saved enough to build her own house. She bought a goat and a pig. In time, families like Gaston’s have enough income to buy their own shoes.

“My dream now is to support my children until they complete studies up to the university level,” said Imelde.

And what about Gaston’s dreams? Due to regular deworming, plus better health and hygiene practices in his home, he’s now healthy, active, and dreaming big. He hopes, he says, to become Burundi’s president one day. 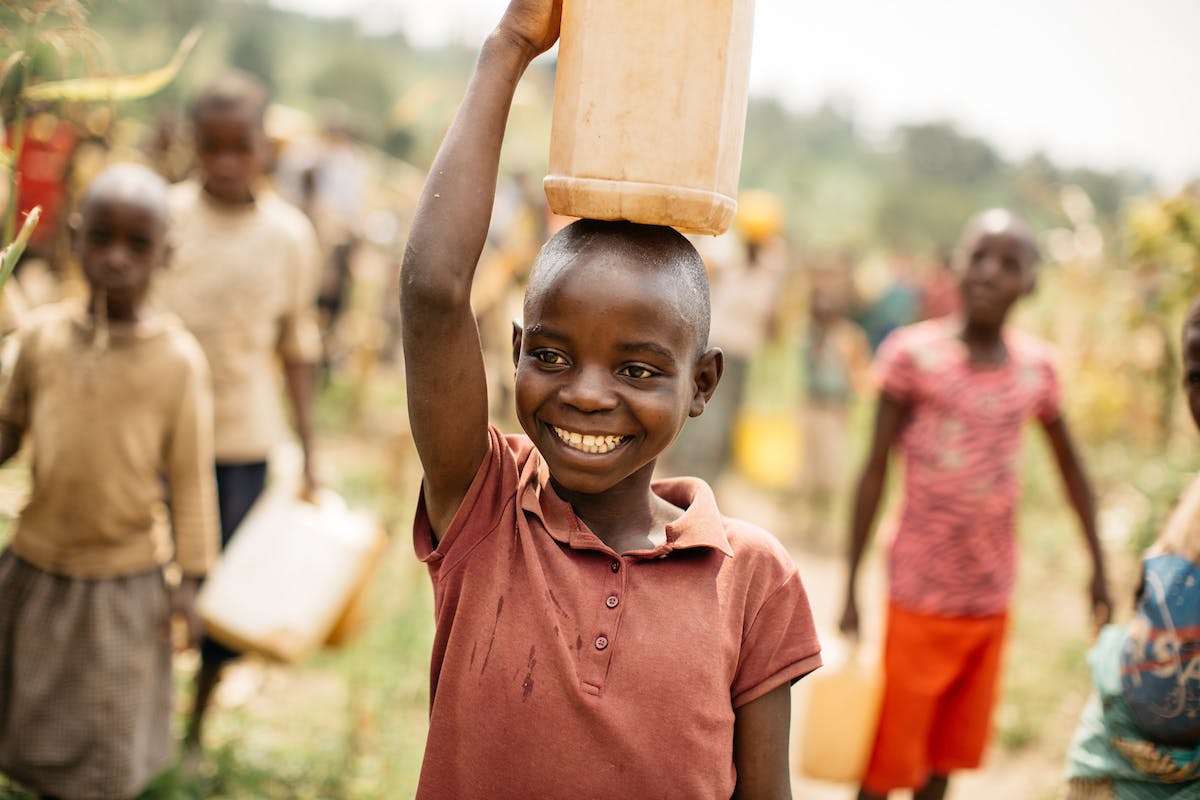 Now that he’s free of worms, Gaston has the energy to fetch water — with a smile.

How to Explain the Importance of Handwashing

These Books Will Change the Next Generation in Burundi

On the Front Lines: Preventing Coronavirus in Cox’s Bazar