Tropical Cyclone Eloise made landfall as a Category 2 cyclone late on the evening of January 22, 2021, with wind gusts up to 160 kph (99 mph) recorded. Cyclone Eloise hit parts of the country that still have not fully recovered from Cyclone Idai in 2019.

As FH’s response develops, we’ll post information and photos on this page showing the efforts to help those in need.

FH staff began assessing damages in Marromeu district, and started preparing for relief distributions to households close to our country office in Beira.

As of January 25, the storm has resulted in the death of six people, displaced 8,383, and destroyed or damaged more than 7,000 homes. An estimated 176,475 people have been affected. These numbers are expected to rise as floodwaters recede and assessments take place.

Short term, FH has moved into an “assist and assess” phase — that is, assisting as soon as possible while at the same time, assessing the needs in communities.  FH had a small supply of emergency items in storage in Beira and therefore was able to start building household relief packages immediately. The packages include rice, beans, cooking oil, and other non-food items.

FH continues to seek out communities where needs are unmet in various districts, and to collaborate with the government and other humanitarian organizations.  While you might think of “needs” as being simply for food or water, FH will also assess crop and livestock damage. The families in this area were still in recovery from the 2019 Cyclone Idai, and were looking forward to an agriculture year with healthy harvests.  Long term, losses from this storm could mean another year of dependence on food distributions, and the need for distributions of seeds and farm tools. 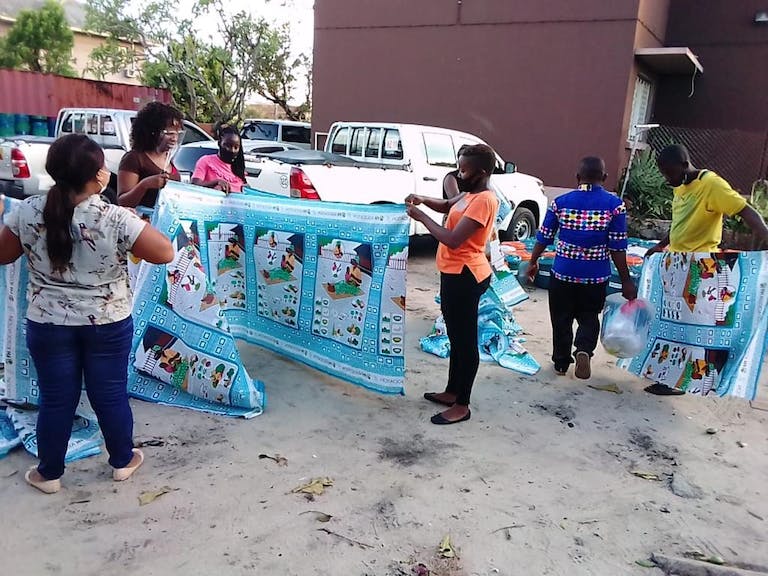 Preparing fabric items to put in the relief packages

Packing items into sturdy buckets that can then be used for hauling and storing drinking water. 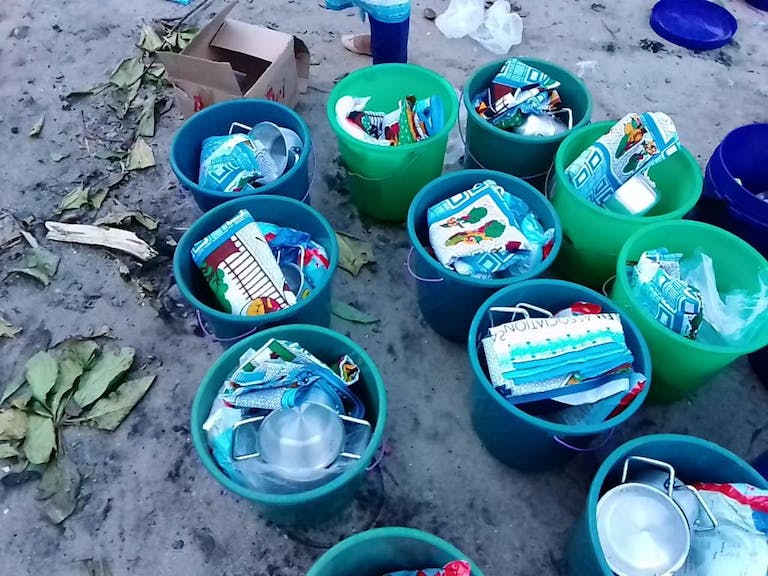 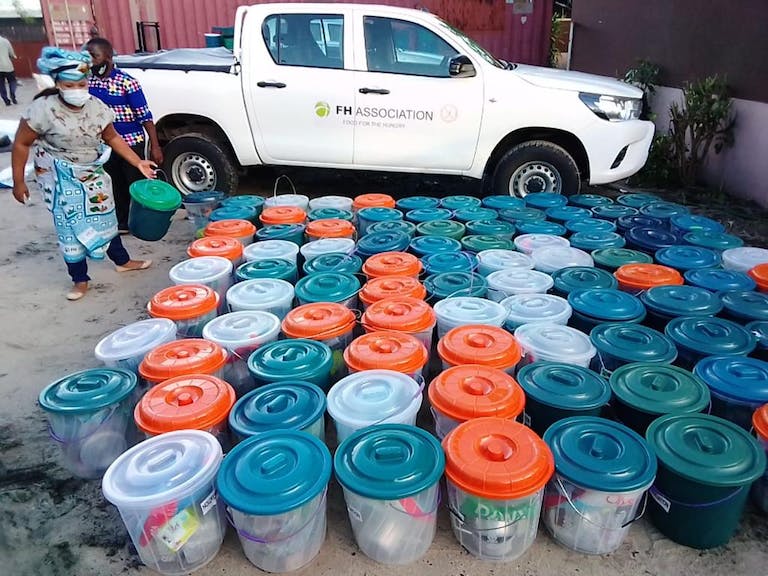 Buckets ready to be put on vehicles for distribution. 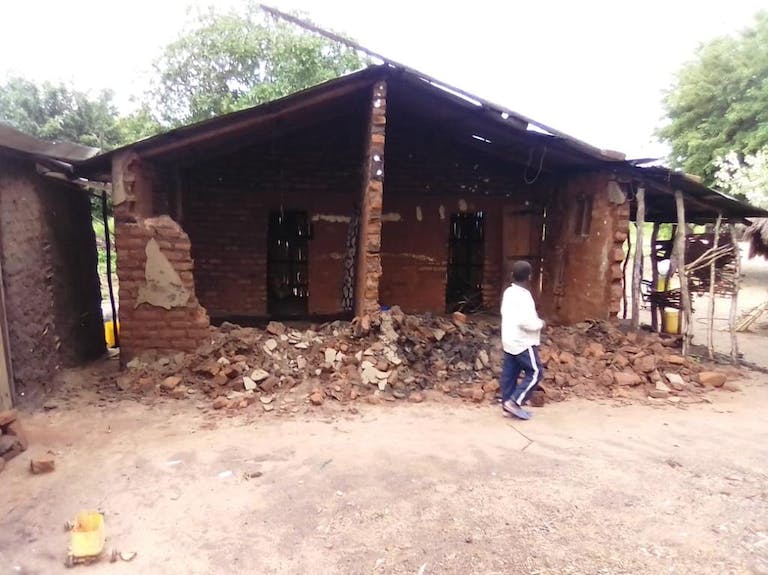 The wind and water collapsed walls of homes, schools, and other structures in the communities. 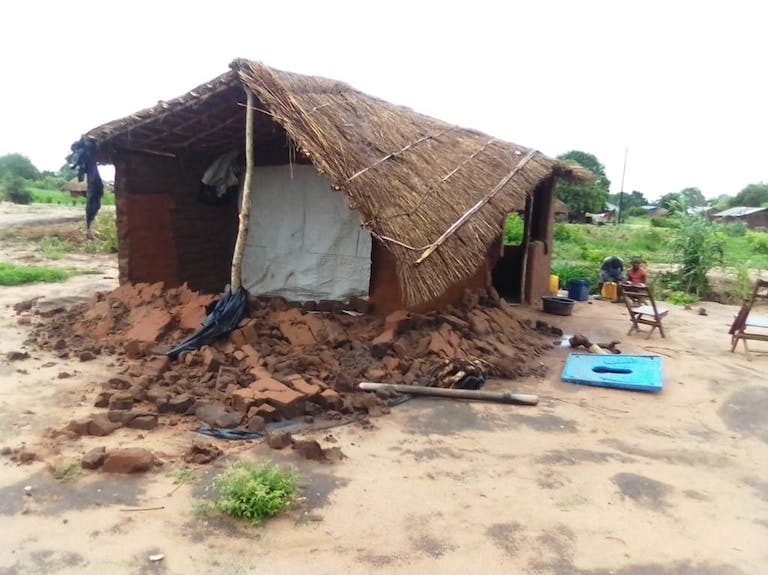 In addition to collapsed walls, many structures suffered lost or damaged roofs. 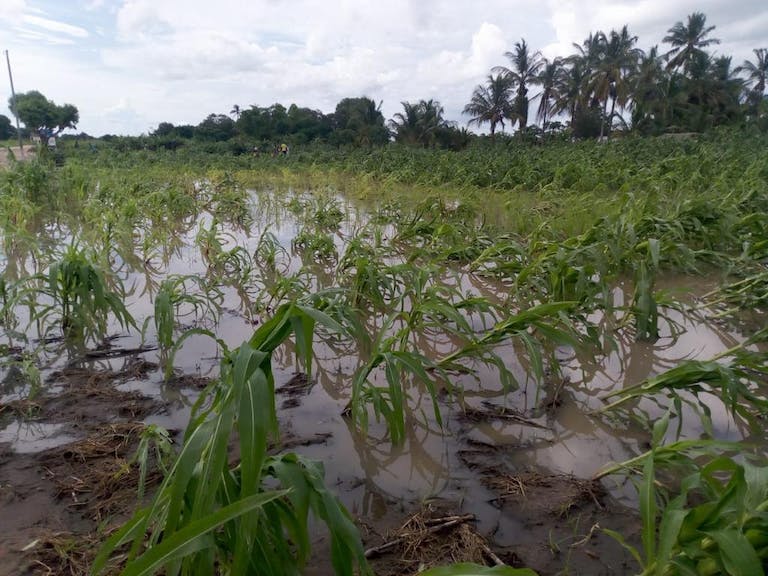 Crop losses, especially important crops like maize, can mean destitution and hunger for families in the months to come.

FH staff provided these images on Saturday, January 23 of neighborhoods in and around Beira. 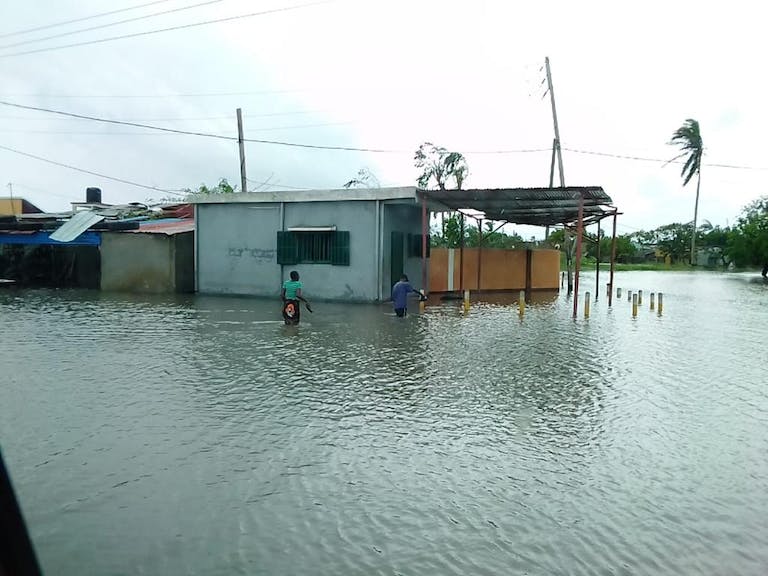 Wading through water the flood 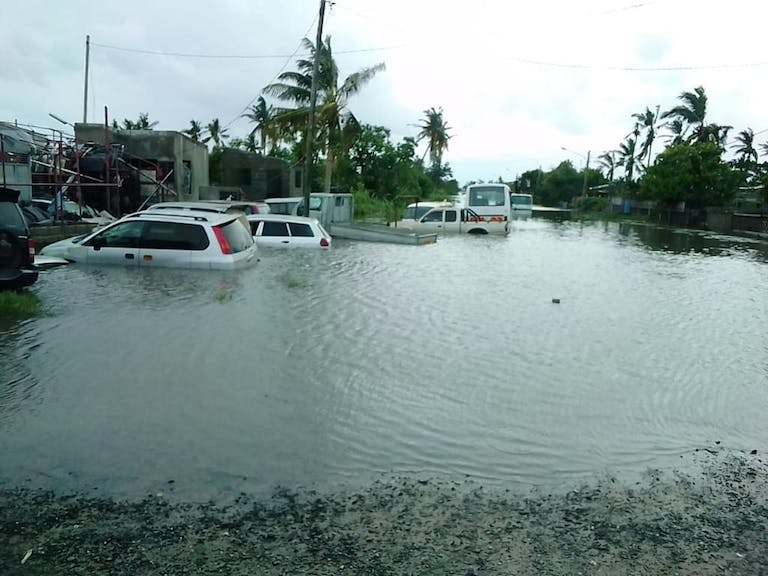 Vehicles partially submerged in water. The storm dumped at least 250 mm (nearly 10 inches) of water on Beira within 24 hours. 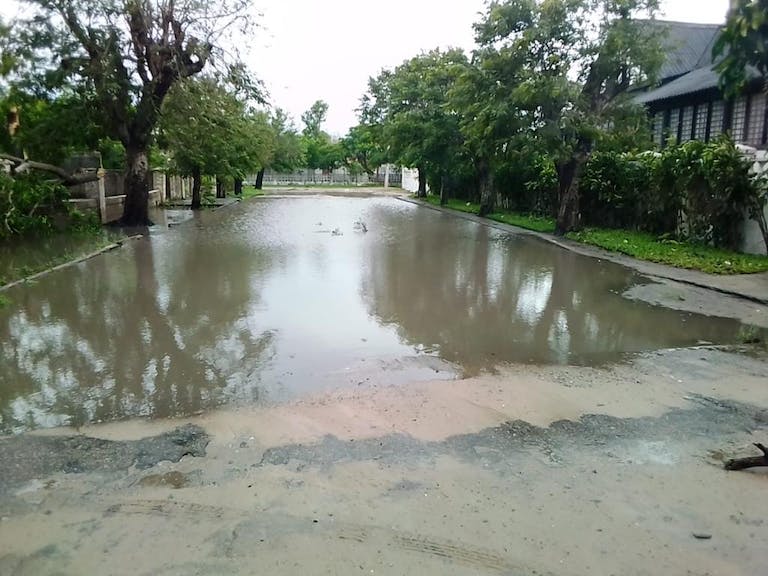 Flooded city streets. Flooding of roads is expected to hamper relief efforts into the rural areas where needs are usually greatest.