God's Story: History is About Reconciliation

This post is the fifth in a series on God’s Story, the Foundation for FH’s Work in Relief and Development. Follow the series, starting with the first post. You can read the next post in the series here.

If you met Ayesha in her community on the Ganges delta of Bangladesh, she would invite you into her tea shop to visit. Ayesha would share her story of getting married at age 12, a common occurrence in Bangladesh. She would also tell you that such early marriage is harmful to women, and that she fights against it.

Child marriage is just one way that discrimination against women occurs around the world. Many people see such human suffering and conclude that God doesn’t exist, or that He doesn’t care. In fact, God cares deeply. Issues such as discrimination provide an opportunity to look at the greater story that God is writing through human history. 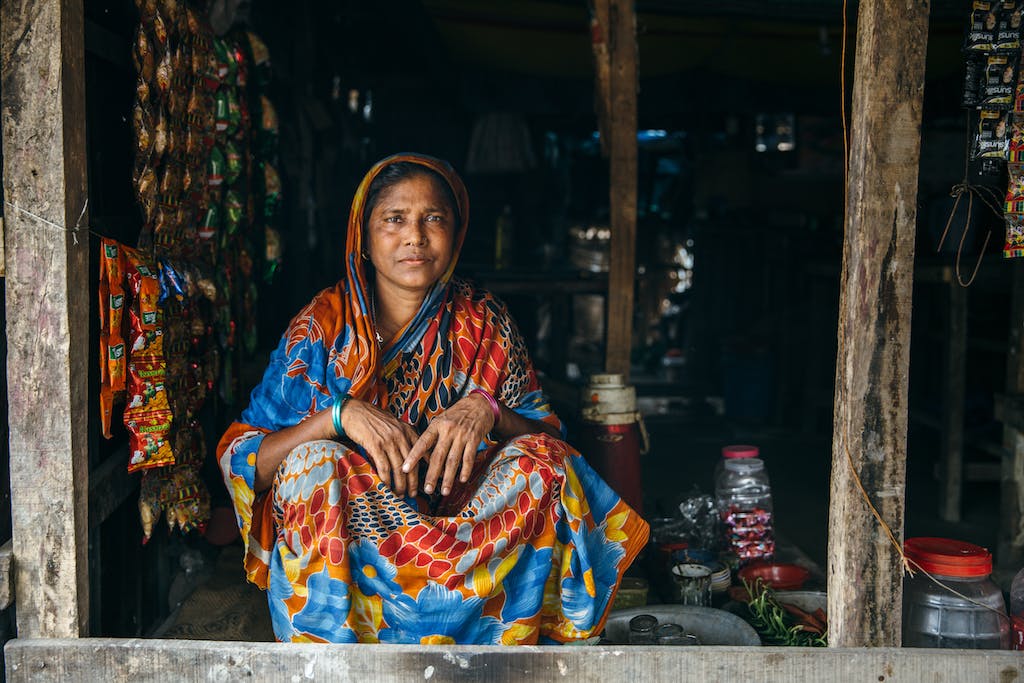 Ayesha was married at age 12 and now is an advocate against child marriage.

When God created the world, He proclaimed that all of His creation was good. “God saw all that he had made, and it was very good.” (Genesis 1:31 NIV)

We read in Genesis that God created men and women in His image (1:26-27). Therefore, all humans have the same value and merit respect. The story of Creation shows us that God wants us to love one another and live in harmony, just as the Trinity loves and lives in harmony.

God called all of His creation good, and therefore these relationships were also good.

Remember Ayesha? God created Ayesha with equal value to every man in her society, and to every person in the world. His desire for her was that she would have happy, healthy relationships.

Broken Relationships After the Fall

Sadly, people did not live in the Garden of Eden forever. Eve and Adam broke God’s law, so God banished them from the garden.

Genesis 3 describes the Fall and its repercussions. Adam and Eve immediately became afraid of God (3:10), which shows the breaking of the relationship between people and God.

Next, the relationship between people broke. They started blaming each other and God. When God asked Adam whether or not he had eaten from the tree, Adam said, “The woman you put here with me—she gave me some fruit from the tree, and I ate it” (Genesis 3:12). Adam pointed out that God had put the woman there, and that she had given him the fruit. Notably, God had simply asked him a yes or no question.

The relationship between people and God’s Creation broke, too. Work had always been part of their lives in the Garden (Genesis 2:15), but now work would become toilsome. God said to Adam, “Cursed is the ground because of you; through painful toil you will eat food from it all the days of your life.” (Genesis 3:17)

Finally, God banished Adam and Eve from the Garden (Genesis 3:23), representing the broken relationship between people and themselves, the loss of mental wellness. The passage gives the sense that mankind has been looking for purpose ever since.

These broken relationships were the roots of the poverty that we see today. When girls in Bangladesh marry early, a practice that harms them physically and psychologically, it reveals the broken relationships between people. The broken mental relationship also emerges, as we see that mental illness and pride–a misunderstanding of one’s relationship to God–play a prominent role in this cultural norm. We also see the brokenness of the relationship with Creation, as child marriage usually occurs because of economic hardships.

Issues of human suffering are complex, and overly simplistic answers are insufficient to explain them. However, when we see that each problem has its roots in the Fall, we can have hope that Scripture also has answers for every issue we face. 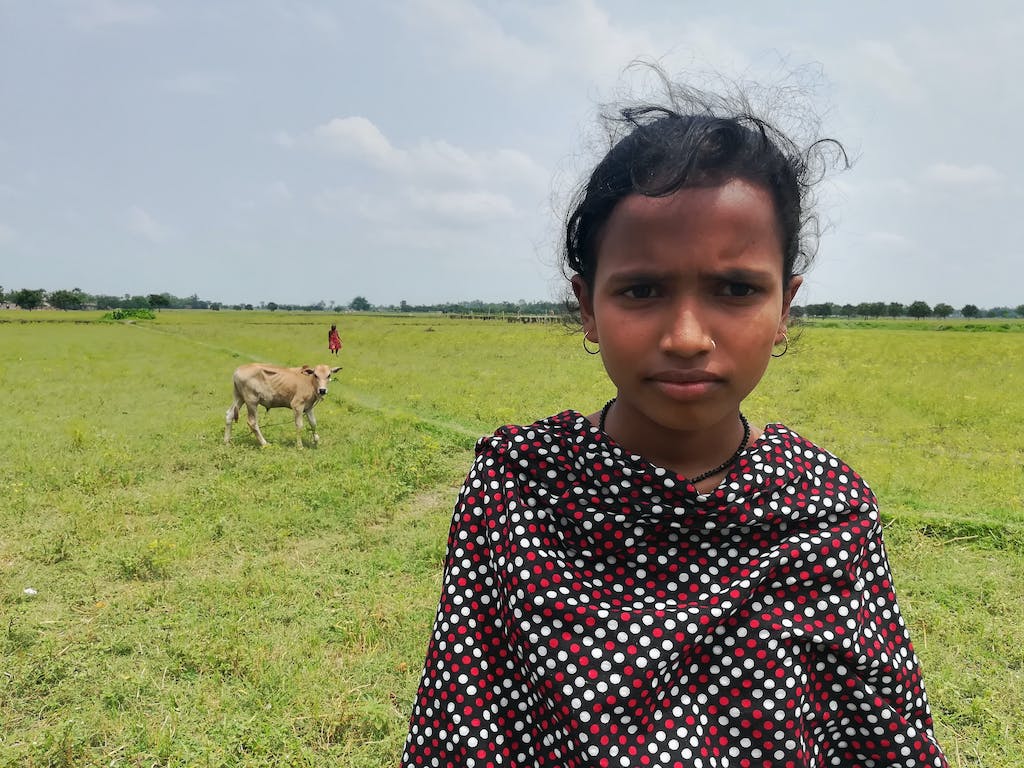 In impoverished parts of Bangladesh, girls are often forced to marry by the age of 12.

God sent Jesus as a solution to the world’s problems. He came to restore peace by reconciling all of Creation to God.

“For God was pleased to have all his fullness dwell in (Christ), and through him to reconcile to himself all things, whether things on earth or things in heaven, by making peace through his blood, shed on the cross.” (Colossians 1:19-20 NIV)

This Scripture says that God was reconciling to himself all things through Jesus. By restoring our right relationship to God, Jesus also opened the door for us to live in right relationships with each other, Creation, and ourselves.

Of course, reconciliation was not instantaneous. We are Christ’s ambassadors, bringing the message of reconciliation to the world. (2 Corinthians 5:18-20)

When we look at major issues keeping people in poverty, such as gender discrimination, we can remember that we are Christ’s ambassadors. He can give us the strength to proclaim that people should respect and love each other, including that women deserve the same rights as men.

We can be examples of loving others as ourselves. We can pursue innovative approaches to challenge others to overcome discrimination. And we can be aware of traces of discrimination in our own lives, asking God to give us new hearts as we seek Him.

For Ayesha, speaking out against early marriage is a message of reconciliation. She is proclaiming God’s good intentions for women and girls, and His desire for equality between all people.

The final phase of God’s story, Restoration, will come one day. God promises that in the new heavens and new earth, He will wipe away all tears forever, along with death and pain. (Revelation 21:4)

One day, societies will not discriminate against women. Physical hunger will not exist. God will restore all relationships to His original intention. We can have hope that our work to overcome discrimination is not in vain.

Ultimately, Jesus is more interested and invested than we are to overcome gender discrimination and all other forms of poverty. It can give us courage and strength to recognize that the outcomes of our work depend on His action.

Have you considered how issues around you have roots in the four relationships? Perhaps your community experiences racism, violence, or child abuse. Take a moment to think about God’s original design for human relationships. Ask Him how you can be Christ’s ambassador to bring the message of reconciliation to your community.

Follow the other articles in the God’s Story series: