Gender Matters, More Than You Think

Food for the Hungry (FH) is a Christian faith-based international relief and development organization, and gender equality is at the core of its biblical foundation. FH’s vision is anchored on the biblical truth that everyone is uniquely and specially made in the image of God, and regardless of gender, is immensely valued by him and full of potential (Genesis 1:27, Galatians 3:28).

As a Christian organization, FH follows in the footsteps of Jesus Christ. Jesus healed, defended, and partnered with both men and women. He provided women with equal opportunity to participate and lead in spreading gospel news (John 8:1-11, Luke 13:11-17, John 4:1-30, John 11, Galatians 3:28). The most important news ever, on earth, was that Jesus had been raised from the dead and that news was entrusted to women first (Matthew 28:6-9).

In 1857, women working in a garment factory in New York City recognized that gender equality matters for the economic growth and wellbeing of society, so they marched to protest inhumane working conditions and low wages. In 1908, around 15,000 women marched again, demanding better working hours, pay, and voting rights. These two bold actions laid the foundation for the global women’s movement and brought significant progress in gender equality worldwide. 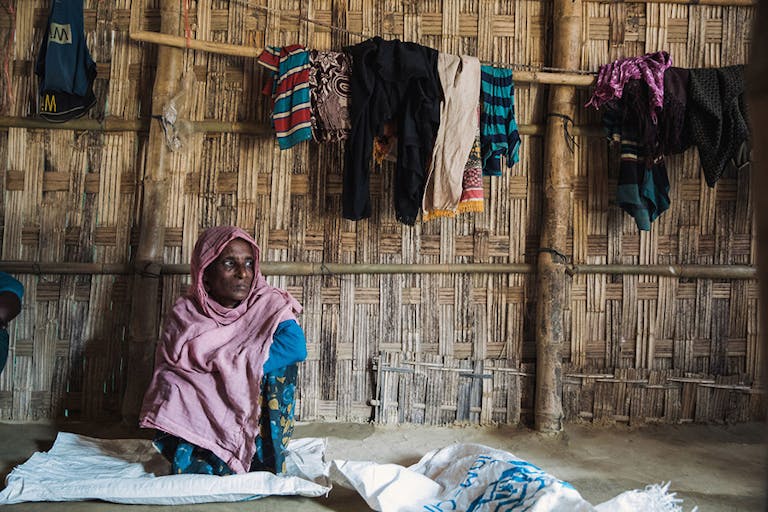 Women make up 70 percent of the world’s poor and two-thirds of the world’s 781 million illiterate adults. Which is not surprising since girls are less likely to attend school than boys.(1)

When it comes to livelihoods, female productivity in the agriculture sector is drastically diminished due to discrimination in access to key resources such as land, credit, and extension services. Female farmers hindered productivity affects their families food and nutrition security and imposes a high cost on the greater economy through productivity loss.(3)

And while a 2021 report on the status of the Sustainable Development Goals (SDGs) indicated good progress in closing the gender gap in educational attainment and health survival, the world is far from achieving gender equality in economic participation or combating gender-based violence. The report states that the proportion of women and girls older than 15 subjected to physical or sexual violence has remained unchanged for over a decade, with still one-in-three affected globally.

The COVID-19 pandemic negatively affected the progress made in the past three decades.

According to UNICEF, globally, 21 percent of women and girls were already marrying before 18, and of women alive today, 650 million married as children.(4) The situation is worse in countries like Bangladesh and Central African Republic, where respectively 61 and 70 percent of girls marry before they turn 18.

School closures saw an increase in child marriage. Up to one million girls may drop out of school in sub-Saharan Africa due to pregnancy during the COVID-19 crisis. Another 11 million female students are expected to never return to school. “The year 2020, marking the twenty-fifth anniversary of the Beijing Platform for Action, was intended to be ground-breaking for gender equality. Instead, with the spread of the COVID-19 pandemic even the limited gains made in the past decades are at risk of being rolled back. The pandemic is deepening pre-existing inequalities, exposing vulnerabilities in social, political and economic systems which are in turn amplifying the impacts of the pandemic.”(5)

Furthermore, adverse weather events, political unrest, and conflicts everywhere disproportionately affect women and girls. Various studies indicating vulnerability to past hazards and disasters illuminate how women and men are affected differently. Men have more access to networks and social capital, providing them with better pathways to overcome the crises. Additionally, women have less control over economic assets, and their capacity to withstand economic shock is minimal.

In the workplace, women remain underrepresented in leadership across all sectors. For example, a study on 276 companies in North America representing 13 million employees found that women only represent 37 percent of senior leadership positions. Female representation gets shrunk when it comes to executive-level managers—only 23 percent of positions reporting directly to a CEO and 29 percent of vice president positions are held by women.(6) 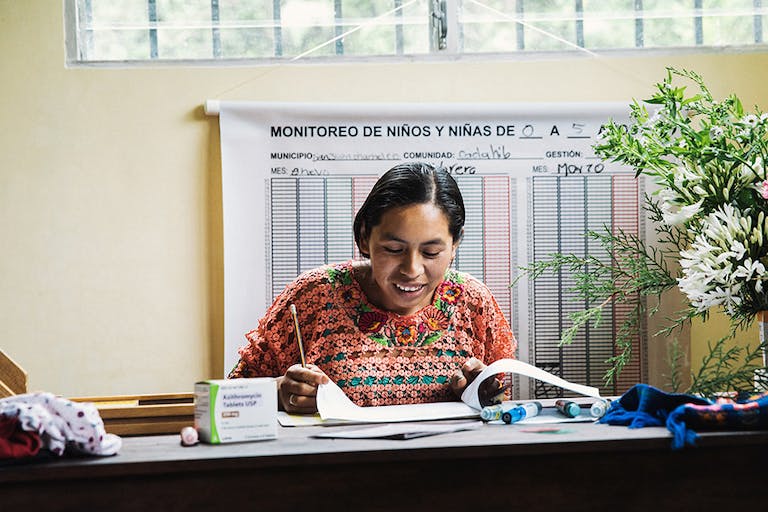 Even those women who manage to get breakthrough managerial roles often face lower pay as compared to men. In the United States, women earn 80.5 cents for every dollar men earn for the same work.(7) In addition, women of color face further discrimination because of their race. Black women earn only 63 percent of what white men make, while Hispanic women earn only 54 percent of what white men make.(8) Employers need to have a clear policy and strategy to tackle workplace biases and discrimination, including ensuring pay equity and nurturing an inclusive work environment. In a nutshell, women’s rights violations and gender-based violence are widely practiced globally in various forms.

Due to the rigidity of global patriarchal attitudes, there is a tendency to push gender issues as women’s issues alone, which undermines the effort related to ensuring gender equality. Male engagement is critical to ending violence and discrimination against women and girls. As the principal perpetrators of violence against women and girls, men need a radical mindset shift that will lead to behavioral changes. Further, males hold power and decision-making in public institutions, and it is crucial to engage them to develop and implement policies against gender-based violence.

FH leadership recognized the need and responded by establishing a Gender, Equity, Diversity, and Inclusion (GEDI) council. FH attracted diverse male and female professionals from various nationalities, races, and ethnic backgrounds. Recent 2021 human resources data indicates that FH International managed to close the gender gap in female and male representation in the Executive Leadership Team (ELT) and Board of Directors (BOD) and achieved pay equity. In the same manner, FH is guided by its gender policy and does not discriminate against any persons or group of persons to ensure all vulnerable persons and groups benefit from its program interventions. 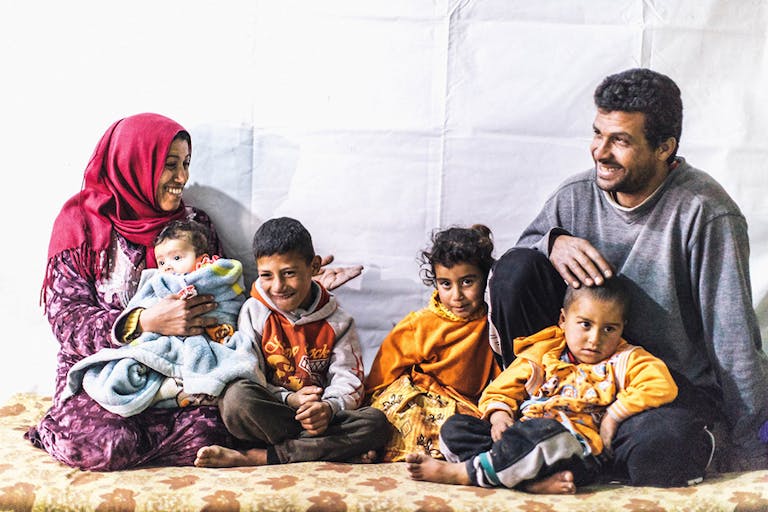 Perhaps most importantly, we need to recognize that correcting the gender gap is not just about justice for women. It is very much associated with national economic growth and overall societal well-being. Countries with a high level of gender equality (low gender disparity index) have higher GDP. Experience from Latin America indicated an increase in the number of women in paid work from 2000-2010 accounted for a 30 percent reduction of overall poverty!(9) In India, 89 percent of women who used a loan to start micro-businesses reported a 66 percent increase in their income and improved their families and communities well-being.

According to the World Bank 2021, “when women are educated, their decisions have a ripple effect and can help break the cycle of generational poverty. Women who receive more education tend to be healthier, participate more in the formal labor market, earn higher incomes, have fewer children, marry at a later age, and enable better health care and education for their children.” 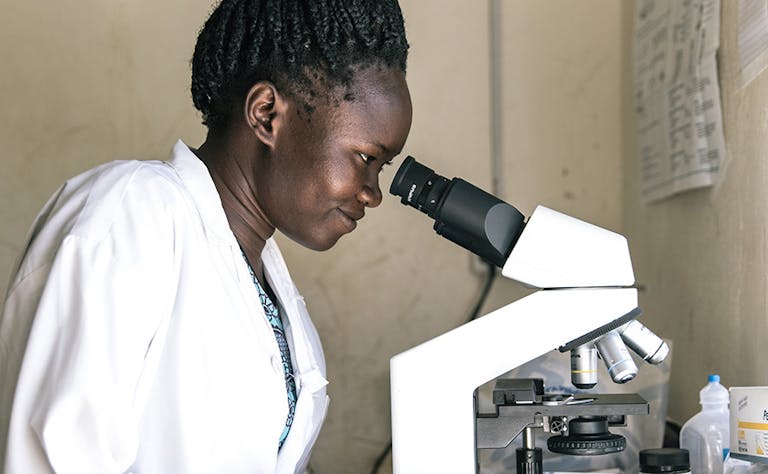 Closing the gender gap in agriculture alone would produce significant gains for society by increasing agricultural productivity, reducing poverty and hunger, and promoting economic growth. Enabling women to access productive resources at the same level as men would increase yields on their farms by 20-30 percent. In addition, improving women’s productivity could raise total agricultural outputs in developing countries by 2.5-4 percent, which could, in turn, reduce the total number of hungry people in the world by 12-17 percent.(10)

The Beijing Platform for Action review shows that underinvestment in gender equality and women’s empowerment has contributed to slow and uneven progress in the development of nations and their economies. Inadequate financing hinders the implementation of gender-responsive laws and policies. According to UN Women, the lack of investment in gender equality must be reversed if we are to realize the transformative vision of Sustainable Development Goal 5 and the gender equality commitments across all the other SDGs.

(1) Satoskar, M., & Satoskar, A. (2015). Strategic Model of Creative Higher Education to Employment for Information Technology. In Proceedings of The World Congress on Engineering and Computer Science (pp. 320-324).

(4) UNICEF. (2020) : Child Marriage Around the Word: Infographic. Retrieved from: www.unicef.org

(9) Oxfam, 2021: Why the Majority of World’s Poor are women. Retrieved from: www.oxfam.org