God's Story: Jesus at the Center

This post is the tenth in a series on God’s Story, the Foundation for FH’s Work in Relief and Development. Follow the series, starting with the first post. You can read the next post in this series here.

Trinidad had four small children when she separated from their father, who had physically and verbally abused her. They live in a neighborhood in Peru where domestic violence is especially widespread, and where Food for the Hungry (FH) is working to help men and women break cycles of abuse. It was only after Trinidad’s husband left that she realized her children had also suffered the effects of domestic violence. Trinidad found herself alone to raise the children and recover from the trauma.

What kind of hope exists for a single mother like Trinidad? In last month’s post, we reflected on the fall of mankind, which is found in Genesis 3. We saw that all human brokenness traces back to the choice that Adam and Eve made in the Garden of Eden, when they disobeyed God. It’s not difficult to trace the abuse and abandonment that Trinidad suffered to the sinfulness of mankind.

But the Fall was not the last word. “Families Nourished by Love. Families Without Violence.” FH is working in Trinidad’s community to help break cycles of abuse.

Jesus, God’s Son, came to our world to break the effects of the Fall. “And the Word became flesh and dwelt among us, and we beheld His glory, the glory as of the only begotten of the Father, full of grace and truth.” (John 1:14)

He is the pivotal point in God’s story. Jesus came so that God could reconcile all things to himself. When Jesus began His ministry in Luke 4, He announced why He had come.

“The Spirit of the Lord is upon me, because He has anointed me to proclaim good news to the poor,” He said. “He has sent me to proclaim freedom for the prisoners and recovery of sight for the blind, to set the oppressed free, to proclaim the year of the Lord’s favor.” (Luke 4:18-19)

This message proclaims God’s grace for all people, and good news for the vulnerable. Jesus concluded by boldly claiming, “Today, this scripture is fulfilled in your hearing.” (Luke 4:21)

Immediately after speaking these words, Jesus proved His identity, authority and power as the Son of God by healing the sick and casting out demons.

The Reconciliation of All Things 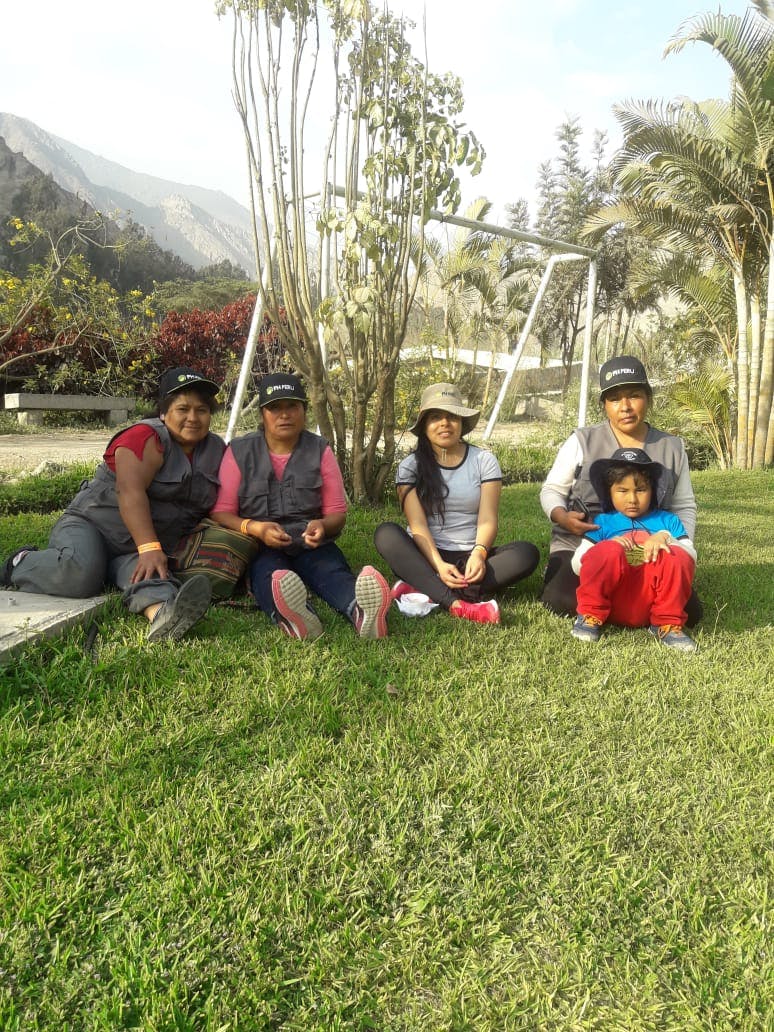 Trinidad (second from the left) overcame domestic violence and now works alongside FH staff to bring hope to other families.

Jesus came not only to show these signs of the Kingdom, but to die for all people. He was crucified so that we could be reconciled to God. He rose again, demonstrating His victory over death, once and for all.

In Discipling Nations, author and speaker Darrow Miller asks, “Why did Jesus shed His blood?” He answers the question by pointing out that Jesus’ death was not only a means of saving people so that they could be with God after death. That’s part of the reason, but it’s not the whole reason. Miller notes that He shed his blood so that all things could be reconciled to God (Colossians 1:19-20). This reconciliation includes all relationships broken in the Fall. In fact, any proclamation of the Gospel that stops short of the reconciliation of all things is an incomplete Gospel.

Jesus died so that Trinidad and her children could experience wholeness–not only the hope of heaven after they die, but also the hope of stability and wellness right now.

The Hope of Heaven and Earth

FH invites communities to learn how God wants people to relate to one another and to the world around them. We believe that through these programs, we proclaim the Good News of the Kingdom that Jesus introduced to mankind. And we are following in the footsteps of God, who first shared this news with us.

Where do you see signs of God’s Kingdom today? Take a moment to thank Jesus for shedding His blood for us. Check out this video of children sharing how they see God working in their lives!