Why Indigenous Women are Key to Climate Resilience 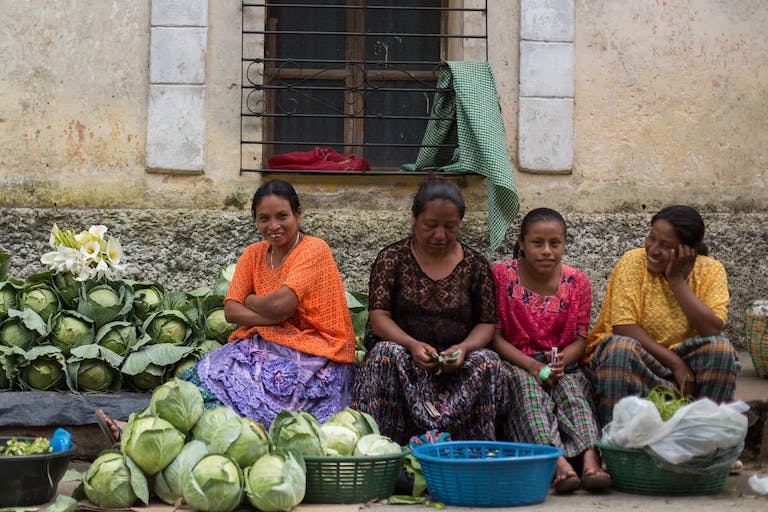 “The face of resilience, hope, and dignity is the face of an indigenous woman.”

In addition to the gender inequality and disparity that the world witnesses every day, everywhere, women and girls in indigenous communities face an elevated burden of discrimination due to the intersectionality of vulnerabilities, putting them at high risk of not being able to manage crises, including climate change-related extreme weather events. USAID describes it in their Indigenous Peoples’ Engagement Strategy: “The social and economic indicators for indigenous women are the most challenging in Guatemala, which is a patriarchal and male-dominated society, characterized by the historical exclusion of indigenous populations in general, and women in particular.”

Indigenous women in rural areas are also affected by large-scale land-grabbing and dispossession because of their unequal access to and control over land, territories, and natural resources. This is intensified by their limited mobility, lack of access to justice, and low decision-making power in the household and the community. The negative impacts of the COVID-19 pandemic on society have further exacerbated indigenous women’s and girls’ existing vulnerabilities. In Guatemala, according to the International Organization for Migration (IOM), the areas with a higher number of people migrating are those with a higher percentage of indigenous populations, such as Huehuetenango, El Quiche, San Marcos, and in the eastern region of the country.

These sobering statistics provide only one side of the story. The richness of the worldview of indigenous populations can bring hope, while the world urgently tries to adapt to minimize the negative impacts of climate change. In Guatemala, the worldview of Mayan-ethnic groups focuses on the harmonious relationship among all elements of the world, and sees human beings as one element in this harmonious state of living. These Mayan groups additionally see the earth as mother, sustaining all life. This worldview has been communicated from generation to generation, and women have played a key role in keeping this ancestral knowledge  which includes traditional agriculture practices and technologies to care for the earth. Indigenous women’s knowledge is a powerful tool in the locally-led adaptation strategy, which gives local communities the decision-making power to be agents of transformation and adaptation to minimize the negative impacts of climate change.

At FH, we strive to respect the culture and customs of the people we serve to preserve their humanity and dignity. Recognizing the richness and importance of the Mayan-culture worldview to the people we serve is imperative to inform effective approaches in working with indigenous groups. In Guatemala, 35% of the population identify themselves as Mayans, and 49.4% of Mayans have agriculture as their main livelihood. FH is investing in indigenous women in Guatemala as agents of transformation, fostering hope, resilience, and dignity. We are building leadership skills of indigenous women and fostering the economic, environmental, security, political, and social resilience of these women in the Mayan-ethnic groups of Mam, Quiche, K’iche’, Q’eqchí’, Kaqchiquel, Poqomchi’, and soon Ch’orti. 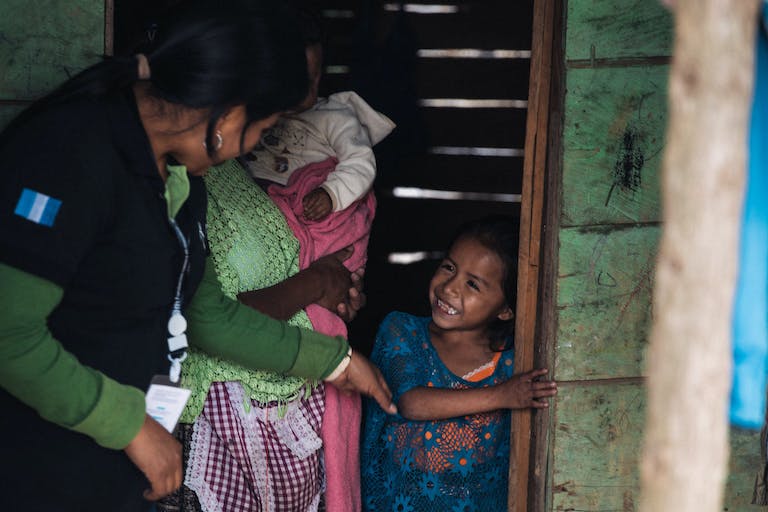 Food for the Hungry is serving Guatemalan women and girls.

On this International Earth Day, we celebrate the opportunity to make a difference for thousands of rural indigenous communities around the world, learning from their worldview and knowledge to strengthen resilience in their communities.

Maria is from one of the communities where FH works in Santiago Chimaltenango, Huehuetenango. She is from the Mayan-ethnic group Mam, one of the main indigenous groups living in the highlands of Guatemala.

Maria has just joined one of the food security and livelihood groups supported by FH Guatemala. Like many women in rural areas, Maria is single and head of her household. She is the main breadwinner for two young girls and her mother. Her excitement in sharing her story is contagious. In her smile, the face of hope, resilience, and dignity. Here is her story and expression of thanks, in her own words (translated from Mam into English):

“I am very happy with the vegetables they give me, for the seeds that FH gives us. I prepare my garden and people buy from me, and this is how I am able to earn money. I have also bought güicoy [squash] seeds and onions to plant. People also buy avocados from me.”

“I prepare my organic fertilizer and compost with animal manure. Then I place it in the garden when everything is ready.  When I finish preparing the planting, I start to clean with the hoe and through that I earn my money. I earn money with the sale of coriander, carrots, radishes, spinach, and beets, and for that I am very happy.”

“Thanks to you for coming to leave us vegetables and all these seeds that I am going to plant and take care of. The seeds they leave us all germinate and are very beautiful.”

“People leave happy when they buy their vegetables from me. I also take what is left for my family to eat.” 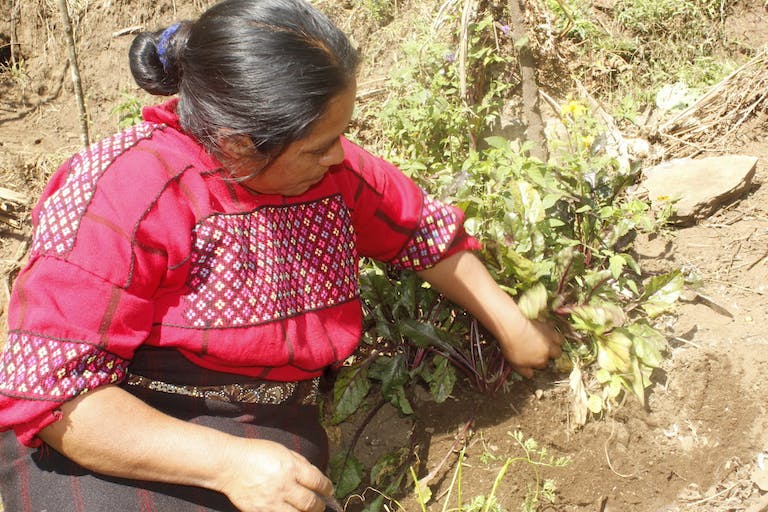 Join us in this journey of strengthening the resilience of women like Maria in rural and indigenous communities in Guatemala and other parts of the world, including Latin America and the Caribbean, Asia, and Africa. By investing in indigenous women, we invest in our planet.

Michele Gonzalez-Mendia (Twitter: @gonzale_michele) is Food for the Hungry’s Director for Partnerships and Resource Mobilization for Asia and Latin America and the Caribbean. Michele is from Guatemala and has over 20 years of international development experience with expertise in migration, women empowerment, government relations, and private sector engagement. She holds an MBA degree from Eastern University. She also completed studies at Harvard University on the impact of climate change on health and migration, and on carbon capture and storage with the University of Edinburgh.

From Brookings.edu: Fragile States and the Search for What Works