I think over the past year, it’s safe to say that, as a result of the COVID-19 pandemic, the world has recognized more than ever the importance and need for clean water. But that recognition still doesn’t mean that everyone has access to clean water. According to water.org, 1 in 9 people –or 785 million people – still lack access to safe water.

Why is clean water so important? Isn’t any water better than no water? No it isn’t – but that is one of many common myths about water.

Truth or a Lie

Let’s play a game! I am going to list three beliefs about water, and you select the one that is true.

I apologize. I tricked you, because these common myths about water are all untrue. Want to learn five more? Click here to read 8 Myths About Clean Water Around the World.

The fight for clean water can seem daunting and impossible at times, but through your support of Food for the Hungry, we’ve been able to provide communities and families access to clean water, one at a time. To better understand, read Esther’s story!

Esther Mena is a 38-year-old mother of three. Her children are Yuderka (16), Yordanis (14), and Geremias (6), and her husband is Santiago. Before FH entered her community back in 2016, Esther’s family did not have access to clean water. They had two choices. They could drink the unclean water available in the community and continue to suffer from parasites. Or they purchase clean water elsewhere at a very high price.

When they drank the contaminated water, the whole family would suffer from diarrhea, and the children needed to be seen by the doctor very frequently. The persistent diarrhea caused the children to become malnourished. But the family was unable to purchase enough clean water because of the exorbitant expense. So they were caught in an endless cycle. They couldn’t afford clean water, but they also couldn’t afford all the visits to the doctor. “I felt helpless and hopeless,” explained Esther.

But thenm through FH’s partnership with baseball players called Striking Out Poverty, enough money was raised to install a clean water system for the use of Esther’s family – as well as other families in their community.

“Today our children do not have parasites and our family economy is improving. Thanks to the collaboration of FH and donors, we now have purified water in our community.” says Esther. 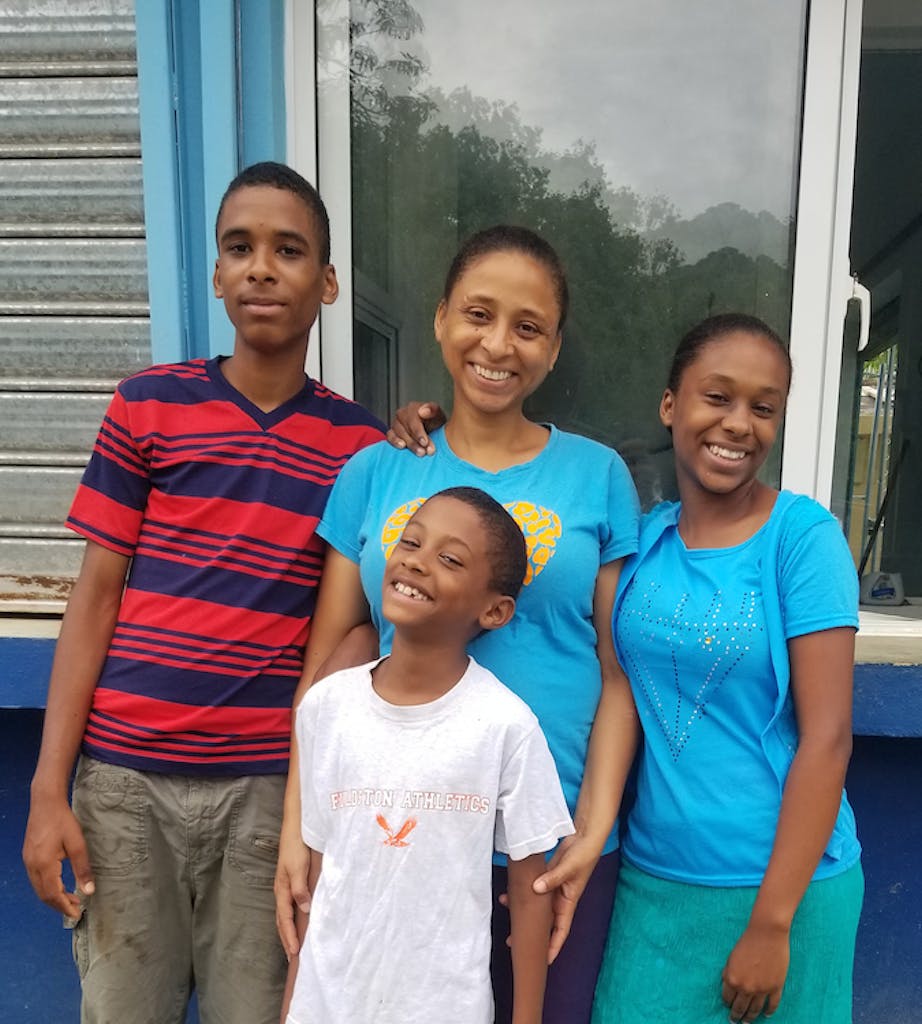 Esther and her three children gather in front of their community water system.

5 Gallon Challenge: Could You Do It?